"cosmicball" is a creation label. If you want a so called artist name. However many think that "cosmicball" is one of my round urns, which rightfully is called "ball of love". I was born in Malaysia, on the island Borneo. And then I stayed a few years in Africa as well.
According to my passport I am Swiss. Matura in Solothurn.
Studio & workplace since 1998 in Zurich City, Switzerland.
Do you want to know more?

The name seems big - the idea behind it is simple. With "cosmicball" I want to express, that my works centre around the topic "become and elapse", the circle of life, the infinity of the universe. Both can be associated with the image of a cosmic ball.

I present my works and projects under the name "cosmicball", which I devised, created, conceived, developed and realized.

According to my passport, I am Swiss. I was born in Sabah, Kudat.

Borneo is an island in South East Asia. It is located at the centre of the Malay archipelago between the continents as well as the Philippines. Borneo is devided between the three states Indonesia, Malaysia and Brunei. With the surface of 751.936 km² Borneo is the thrid largest island in the world, after Greenland and Neuguinea.

The cinerary urn is a container, known since the Neolithic Age, which is used for the final funeral or as a storage of the ash of a deceased after the cremation. In Middle Europe the funeral in urns came up in the Late Neolithic Age (2500-2100 v. Chr.). Before that there was only the cremation and the funeral of the fire remains without any kind of urn. During the Bronze Age the funeral of the ashes in urns spread over large parts of Europe. It was and is part of death and funeral cult.

"ball of love" redefines the urn new and can be used as a symbol, secret carrier and keepsake.

You learn more if you scroll down, write me an email or schedule an appointment with me at my studio in Zurich.

I like the simple and the permanent and I am interested in the creation of an archetype.

Born and raised on the island Borneo, Malaysia and Cameroon, Africa. 1986 Matura. Since 1996 under the pseudonym "cosmicball" responsible for the appearance of URNE.CH and the creation and developement of the urn collection. Autodidactic developement in conception, design, webpublisher SIZ, creation, grafic, screen printing, photography. Winner of national and international competitions.

Since 1996 "cosmicball" Thomas Schär developed and created a handmade urn collection. Each urn is conceived and created from scratch and contains an own identity, an own name and a particular story. On some urns other artists eternalised themselves.

You will find more pictures here: cosmicballsdiary.com / urns on a journey / my personal archive 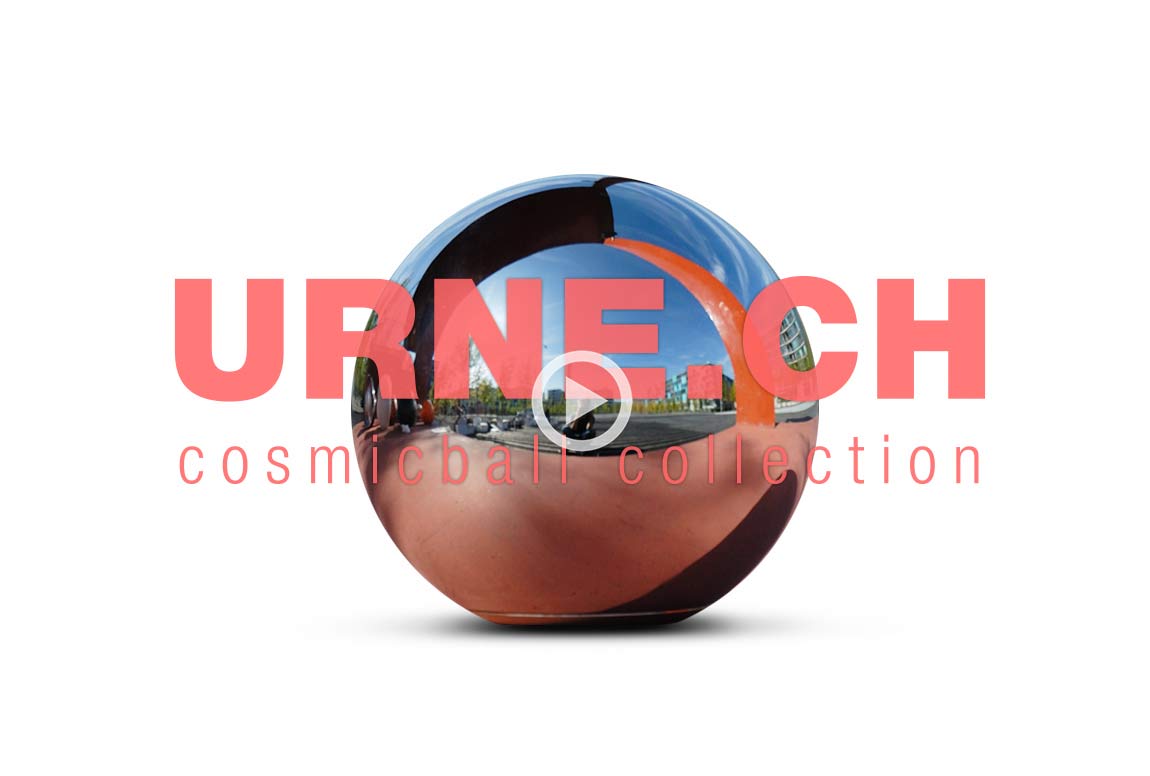 Thank you very much. Your message will be answered as soon as possible.